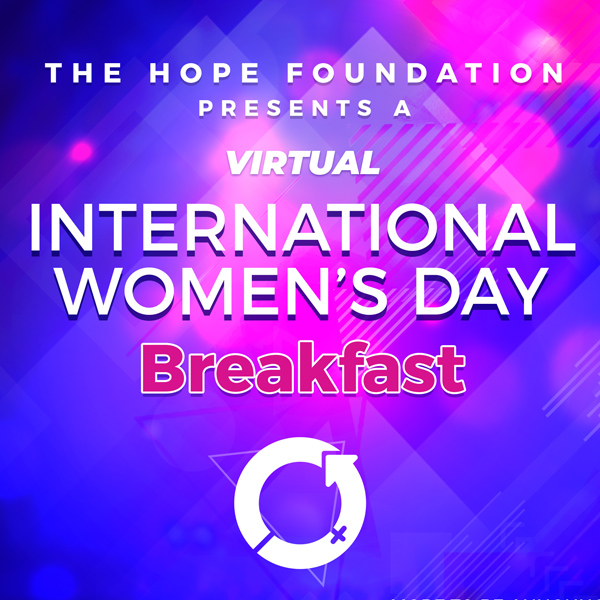 Let's all Choose to Challenge

Join us for a perfect start to your day, for some inspiration, chats, advice and hope for the future. This exclusive virtual event to celebrate International Women’s Day can be joined by anyone in the world!

Find out more about our confirmed guests below and we have more yet to be announced, along with a special host. Treat yourself to breakfast with some of the most inspiring and resilient women in Ireland!

Collectively, we can all help create an inclusive world.

When: Friday 5th March at 8am
Where: Online – join from anywhere in the world
Cost: €20

We will send details about joining this event closer to the time.

Hazel Chu was born and raised in Dublin.

She first became involved in politics in 2014, when she ran her partner’s local election campaign. In 2019, she became the first Green Party councillor to be elected in the local elections for the ward of Pembroke and topped the poll with over 4,000 first preference votes. In the same year she was elected Chair of the Party.

She studied politics and history in UCD and trained to be a barrister at Kings Inns. After being called to the Bar in 2007 she worked in Sydney, Hong Kong and Guilin. Upon returning home she was offered a Fellowship by UCD Smurfit and worked in New York for Bord Bia. She has worked in various management roles and in 2013 became Diageo’s Head of Brand, Corporate and Trade Communications.

Councillor Chu was the first person in her family to finish school and go to college. Her parents are from Hong Kong. They met in Ireland in the 1970s.

In her spare time she lends her voice to promoting diversity and equality, and is a regular media contributor.

Hazel Chu is the 9th woman to hold the office of the Lord Mayor of Dublin.

Vicki O’Toole is Managing Director of JJ O’Toole Ltd., Ireland’s leading purveyor of packaging and design. Founded in 1914, the Limerick company is Ireland’s oldest packaging company and the preferred partner to thousands of clientele in Ireland and the UK which include blue chip retailers such as Brown Thomas, Selfridges & Co, Newbridge Silverware, Dunnes Stores, Blarney Woollen Mills, Lloyds Pharmacy Group and Shaws.

In 2011, Vicki was awarded the overall Image Magazine Business Woman of the Year Award in recognition of her hard work and dedication to JJ O’Toole Ltd. In 2014, JJ O’Toole Ltd. celebrated 100 years in business, a milestone Vicki is truly proud of. She won the best Women-Led Ulster Bank award in the Munster region in 2015. The company was a finalist in the 2015 Limerick Chamber Awards in the service category and came out on top in the 2016 SFA Awards ceremony in Dublin by winning the Best Service Company. In 2018, the company was back to its winning ways and were finalists in the Shelf Life Supplier and Retail Excellence Ireland awards. Vicki was a 2018 EY EOY finalist in the industry category and is shortlisted as the Business Woman of the Year in the upcoming Irish Women’s Awards 2018.

Political Correspondent with the Irish Examiner

Aoife Moore is the Political Correspondent for the Irish Examiner, based in Dublin.

Born in Derry during the peace process, Aoife has won awards for her coverage of Northern Ireland and this year broke the biggest story in Irish politics, when 80 public figures attended a golf dinner during the height of Covid19 regulations.

She has paid special attention to women’s issues in her career, with detailed investigations into harassment of lone parents on social welfare, sexual harassment in politics and the profits made by private companies who provide accommodation for asylum seekers.

Holly Cairns TD is the spokesperson on Agriculture, Food and the Marine; Further and Higher Education; and Disability. She was elected to Dáil Eireann in February 2020 in Cork South-West.

In 2019, Holly won the final seat in the Bantry Local Election by a single vote. During her time on the Council, she made it her priority to highlight local environmental issues.

Holly has a first class honours in MSc in Organic Horticulture from UCC. As part of her studies, she researched the methods and importance of plant adaptation in the face of unpredictable climates.

Her background as a farmer and environmentalist inspired her to enter politics.

In addition to her work on the hit show, Pixie has presented various shows including Freaky Eaters for BBC 3, Channel 4’s Food Hospital and Health Freaks as well as shows on RTE including “You Should Really See a Doctor”.

Pixie is the author of a series of child development books and is a practicing GP in London. She is an accomplished speaker on a variety of medical topics including sexual health, women’s health and health promotion.

Brendan is one of Ireland’s best known and well-loved TV presenters, broadcasters and designers.

Brendan started his career as a TV researcher, and has been a TV presenter for 20 years. He has hosted countless TV series in Ireland and the UK including his own terrestrial TV talk show. In 2001, he sold his first TV format ‘Wanderlust” to 19 countries. He started, ran and successfully exited his own UK TV production company, Giant film and TV.

​Brendan also runs his own successful women’s wear fashion label ‘Lennon Courtney’ with his business partner Sonya Lennon, whom with he has written two number 1 books on confidence and style.

Brendan uses his profile to advocate for equality in the areas of health, housing, age and gender. His unique approach, engaging voice and personal story has made Brendan a much sought-after speaker who inspires awareness and makes an impact for positive change.