Friends for HOPE – The Album

Friends for HOPE – The Album

In November 2018 Ruth Smith and Fergal Scahill traveled to India to spend four weeks volunteering with The Hope Foundation.  As part of their fundraising they recorded a charity album featuring a whole host of wonderful artists.

All money raised will go directly to HOPE’s 60+ projects that are currently up and running in Kolkata.

Enjoy a short taste of the tracks below!

“The Leprechaun” (Jig) & “I Have a House of my Own with a Chimney Built on Top of It” (Slip Jig) composed by Junior Crehan
Performed by Tommy Hayes (Bodhrán), Matthew Noone (Sarode), Fergal Scahill (Fiddle), Ruth Smith (Fiddle) 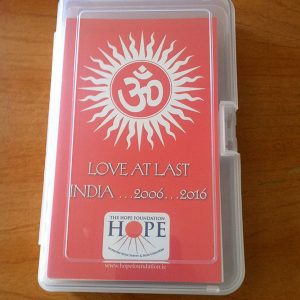 I would love if you bought this as a gift for me!